Folk and Traditional Music Degree Course
Hamish and Adam are invited as guest tutors in flute, piano, composition and fiddle on the prestigious BA course.

Nae Plans and Jenn & Laura-Beth with The Jeremy Kittel Trio

The brilliantly audacious duo of multi-instrumentalist/singer Hamish Napier and fiddler Adam Sutherland, Nae Plans enshrines their manifesto in its name: they perform without prior discussion of material, revelling instead in session-style spontaneity. Sharing their set are the closely blended voices and guitar/mandolin skills of Jenn Butterworth and Laura-Beth Salter, before all four musicians line up – with US percussion legend Steve Foreman – as The Blas Collective, rounding off the night in suitably mighty style.

The concert will open with the awesome Jeremy Kittel Trio!

“Nae Plans is a musical project full of spontaneity and magical moments. A brilliant concept that puts the audience at the centre of an energetic, dynamic, electrifying and above all live performance. These are two Scottish folk musicians of the highest calibre and the their no fear attitude to the evolution of traditional music keeps the audience on the edge of their seats. Brilliant!”  John Somerville, Musician/Composer/Teacher

We hit the road again in mid September for another Scottish tour! Really looking forward to it! We start in Edinburgh at the first venue to ever book the band (Leith Folk Club…thanks guys!…that was 2 years ago!) and work our way all over the place to play the last night on our home turf at Glasgow’s Folklub…whooop!

GIG TICKET RESERVATIONS:
If you would like to reserve tickets for the gig and/or workshop, please email tradsoc@st-andrews.ac.uk.  The gig is £8 or just £6 for students (if you can present an old T-shirt that smells of burnt toast as proof on entry). The workshop is very reasonably priced at £5! Workshops are open to players from multiple genres of acoustic music.

WORKSHOP PART 1 (Alternative): HAMISH NAPIER’S HARMONY AND ACCOMPANIMENT SUMMIT
St. Andrews University Student Union, 1.30pm-2.30pm.
Running simultaneously with Adam’s workshop, Hamish’s class is designed for the chordal accompaniment players and rhythm players. This will not be dull. Within the space of 1 hour Hamish will teach you about chords, modes and groove through a method that is, quite frankly, astoundingly clear. EUREKA!

WORKSHOP PART 2: ADAM & HAMISH’S BAND GATHERING
St. Andrews University Student Union, 3pm-4pm
Everyone that attended the 1.30pm workshops will come together in one giant class to make music that will defy the boundaries of folk, Western classical, and the outer reaches of jazz as we know it. Expect tears of joy. 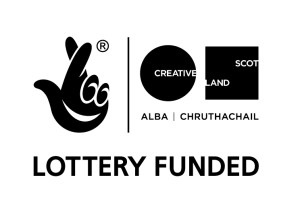 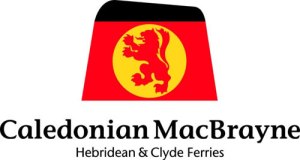 Adam and Hamish are off to Cape Breton for the epic Celtic Colours Festival in mid October!

The live performances are consistent with the ‘Nae Plans’ ethos and are therefore very daring but also very liberating. Audiences can experience creativity at the moment of conception and enjoy the outstanding and thrilling musical intuition of two of Scotland’s foremost musicians. The live performances display a kind of electricity and excitement by the off-the-cuff nature and highlight every nuance. As they allow themselves the freedom to experiment,  ‘Nae Plans’ becomes ‘Nae limits’.

Nae Plans launched in Edinburgh and then Glasgow in December, featuring the premiere of the ‘Folkumentary’ by Somhairlie Macdonald, interviews about the project with David Francis and Simon Thoumire, respectively, and a live set from the boys. 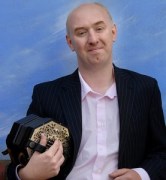