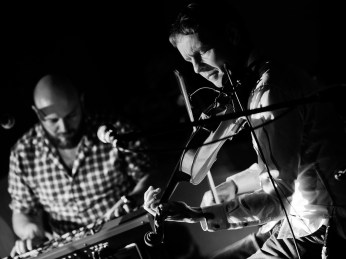 Taking their cue from the spontaneity of the traditional music session, two of Scotland’s finest  musicians, Hamish Napier (piano, flute, whistle, vocals) and Adam Sutherland (fiddle), sit down on stage without knowing what they will play. The ‘Nae Plans’ philosophy leaves no room for rehearsals, set lists or even discussion about the performance until the pair come together on-stage. Their performances bring a crucial part of Scotland’s music culture, the informal session, to the foreground and cast it in a fresh light, bringing its open-endedness and spontaneity onto the concert platform.  It makes for a seat-of-the-pants, incredibly exciting experience for both listener and performer, putting the audience at the centre of an energetic, dynamic and engaging performance which captures the duo’s raw creativity and outstanding musical intuition.

“Nae Plans tour the country, providing a one-stop pop-up shop of musical mischief for which there is no planning (other than, of course, where they plan to pop up)!” Folk Radio UK

With a no fear attitude to the evolution of traditional music, Hamish and Adam blend a mixture of self-penned music and song with the traditional, interwoven with engaging stories. Every performance is unique demonstrating the incredible talent of two of Scotland’s foremost musicians, from Hamish’s eloquent singing and soulful keyboards to Adam’s trademark melodic touch and gift for groove. Watch what unfolds in the heat the moment as these innovative artists allow themselves the freedom to experiment as ‘Nae Plans’ becomes ‘Nae Limits’, playing to sell-out crowds at Glasgow’s Celtic Connections, The Edinburgh Fringe and Celtic Colours in Canada.

Nae Plans is also a much in-demand educational project, having delivered workshops at prestigious institutions such as The National Centre of Excellence in Traditional Music, The Royal Conservatoire of Scotland and The Folk and Traditional Music Degree course at Newcastle University. 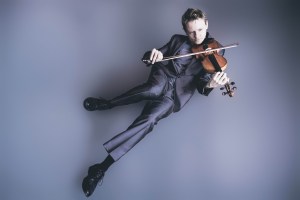 Errogie native Adam Sutherland Scots Trad Music Awards ‘Composer of the Year’ 2017 is one of Scotland’s most exciting and innovative fiddle players, composers and teachers. His much awaited second album ‘Some Other Land’ was launched in February 2018 at Celtic Connections to critical acclaim. As well as fronting his own band of highly accomplished musicians, outfits that Adam has been a part of include Treacherous Orchestra, Session A9, Peatbog Faeries and Croft No. Five. Adam’s tunes are perhaps his most impressive legacy and are performed and played in music sessions worldwide, most famously ‘Road to Errogie’ inspired by his lochside home. 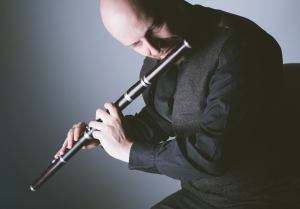 Hamish Napier is a multi-instrumentalist, composer, teacher and eloquent singer from Grantown-on-Spey in the Scottish Highlands. Working in Glasgow’s vibrant music scene as well as the highlands, he has worked with Donald Shaw, Karen Matheson, Martyn Bennett, Duncan Chisholm, Jarlath Henderson Band, Ross Ainslie Sanctuary Band, Battlefield Band and Eddi Reader and has collaborated with many of the UK’s finest folk musicians for festivals, national TV & radio. He has recently returned to his native Strathspey, composing two solo albums The River (2016) and The Railway (2018) in celebration of his homeland .